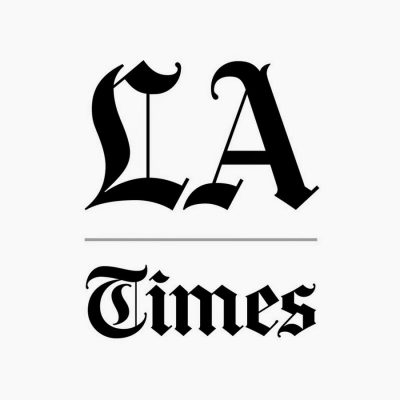 Filmmakers who need to destroy an airplane or have their characters luxuriate in one can choose from a wealth of independent aviation equipment suppliers.

It may have been the world’s most outrageous private jet. The windows were gold-plated, the carpets lush and the furniture draped with seminaked women. The crowning design flourish: a functional miniature railroad that connected each cabin. Never before had locomotion, aviation, money, sex and puerile fantasy formed so outlandish a union. San Fernando-based Air Hollywood had rented the plane to the Coen brothers for a scene in their new comedy “Intolerable Cruelty.”

There’s just one caveat: The plane never left the ground.

Air Hollywood supplies aviation-themed sets to the movie industry. Their vessels have no engines or wings, but in every other respect — down to the restrooms, galleys and working seat-back TVs — they pass without flaw for the genuine article.

“It took the Coen brothers one day to shoot the jet, 10 days to prep it,” says Air Hollywood General Manager Robert Shalhoub, still tickled by the memory of actor Edward Herrmann riding the tiny, on-board train. “That scene unfortunately got cut from the movie.”

Aviation has come a long way in pictures since Johnny Weissmuller’s Tarzan pointed at the “great iron bird” to reveal a small wooden model held aloft by fishing twine, against a backdrop of painted clouds and a disproportionately bass-heavy engine hum. Today, on-screen aircraft are every bit as realistic as the real thing. Advances in special effects have ironed out the kinks in scale-model work and full-size mock-ups of any desired type of aircraft are correct in every detail, from the smallest of cockpit dials to the finish on the restroom wash basins.

Outside of the studios, several independent suppliers of aviation sets are thriving. For authentic period detailing and genuine, crash-friendly fuselages, the industry calls Aviation Warehouse: an aero-graveyard not far from Edwards Air Force Base. The market in state-of-the-art aviation sets includes two heavyweight outfits: Valley-based Aero Mock-Ups (“Better than the real thing”) whose airplane sets have been featured in “Charlie’s Angels” (1 and 2), “Fight Club” and “Zoolander,” and Air Hollywood (“Daredevil,” “Matchstick Men,” “Like Mike,” among many others).

Producer Talaat Captan founded Air Hollywood in May 2001. Captan had been hamstrung by red tape at LAX in 1998 while shooting the Kiefer Sutherland drama “Ground Control.” LAX had issued, then withdrawn, a permit. The subsequent quest for top quality mock-ups yielded no reliable facility, so he built his own.

“Business started growing until Sept. 11,” Shalhoub recalls. “Then literally overnight Hollywood writers were either told to stop writing airport scenes, or the studios would just stop a production and find an alternative.”

The prospects for survival were not good. “I won’t lie to you, we were somewhat terrified of what was to happen to this business,” Shalhoub says. Then came a stunning reversal of fortune. “All of a sudden, what seemed such a sensitive topic actually became almost necessary in plot — whether it be shooting on an airport or airplane or using security equipment, Shalhoub said. “It took center stage and our business completely took off around April 2002.”

The inventory of Air Hollywood sets includes three wide-bodied fuselages (a 777, 747 and a DC-10), three narrow bodies, several private jets and an entire airport terminal set on 30,000 square feet of San Fernando soundstage. The cost of renting the equipment: upward of $5,000 a day. Clients can either shoot on Air Hollywood property or have the set shipped out. Each aircraft is modular and component pieces can be removed and reassembled to allow filming from any angle.

The flagship Boeing 777 set comprises 60 movable pieces on platforms, including the in-flight restroom seen in “Just Married.” A client can dress any plane in the color scheme of their choosing. “People can come in and do whatever they like with it,” Shalhoub says. “But when they’re done we ask them to put it back to its original state.”

The makers of “Soul Plane,” a coming urban in-flight comedy starring Snoop Dogg, spent three months at Air Hollywood. “The production design on this movie was phenomenal,” Shalhoub says. “They took our 777 and redid the entire thing from top to bottom. Different cabins turn into different sets. It looks like a nightclub, the ghetto, a strip club and a casino.”

The same plane also appears, more conventionally attired, in Quentin Tarantino’s just-released “Kill Bill Vol. 1” along with the adjacent terminal set, which in turn will be seen in the comedy “Surviving Christmas.”