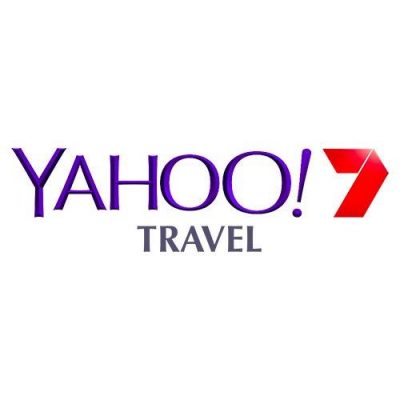 For Anthony Toth, the obsession started at age 5 when he walked down the ramp of New York’s JFK Airport. He was flying to Zurich with his parents when he first stepped onto a Pan Am airplane. And in that moment, his life changed.

“The Pan Am brand just resonated with me, and I instantly became obsessed with aviation,” Toth says.

More than 40 years later, Toth re-created that moment for generations who weren’t around for Pan Am’s boom period — and for those nostalgic souls who were. At the Pan Am Experience at Air Hollywood in Los Angeles, guests can step back in time aboard a replica of the interior of a Pan Am Boeing 747 and experience a first-class dining experience from the glamorous, high-flying glory days of air travel.

A lifelong love of air travel

The era of Pan American World Airways, or Pan Am, that Toth remembers was a different era for airlines, a time when people dressed up in suits and furs and jewels to board a flight, and a Pan Am ticket brought to its holder a sense of social clout. Back then, when you walked onto a Pan Am flight, you knew it. These double-decker 747s provided gourmet meals and lounges on the second floor. It was like a transatlantic cruise in the sky, albeit swankier. But that kind of bloated American glamour proved unsustainable, and the company fizzled out into bankruptcy in 1991.

For Toth, though, the memories never fizzled. Every time he traveled, he collected memorabilia from his flights: brochures, placemats, glassware, menus, anything he could snag. By the time he was 12, he had amassed hundreds of pieces of Pan Am goods. Now, 27 years later, Toth is one of the leading aviation collectors in the country.

“I can’t definitely say I’m the biggest,” he says modestly. But he adds, “I’ve never met anyone with more than me.”

Toth spent two decades buying airplane parts from collectors in the Mojave Desert, slowly piecing together a 747 and the rest of his Pan Am memories. His day job working for an airline allowed him access to parts and connections that helped him to build his aviation empire. At one point, he even transformed his Redondo Beach garage into the interior of a 747; and later, he fixed up the main living space in his Chicago home so that it created the sense of living aboard the airline.

The Boeing 747, the glamorous workhorse of Pan Am’s fleet in the 1970s, is a near-obsession for airplane enthusiast Anthony Toth (Photo: AP)

“You’d walk in the front door, and you’d see the nose of the aircraft and four rows of seats and a center console table,” he said. “But the city wouldn’t let me cut a hole in my roof to build the staircase.”

In the years that followed, Toth began storing his props in storage units, racking up monthly bills of $2,000 just to keep his habit alive. But as his collection grew, something unexpected happened: Hollywood came calling.

He started getting some business from period shows like “Mad Men” that wanted to use his props, headrests, and pillows for their flying scenes. Two and a half years ago, Air Hollywood, the largest aviation-themed movie studio, gave him the chance to turn his collection into a full-blown experience. The Pan Am Experience was born.

Taking a flight back in time

“Passengers” aboard the Pan Am Experience don’t go to the airport, nor do they leave the ground. They arrive at the Air Hollywood parking lot in front of a soundstage. Upon entry, you don’t see the aircraft right away; instead, there’s a check-in facility where you’re handed a vintage boarding pass and asked to wait in a holding area.

From there, actors and models portraying Pan Am flight attendants (dressed in original uniforms) lead you down a hallway to the “main cabin,” where Toth’s collection of aeronautical history is on full display.

The brightly colored airplane seats are from a custom textile designer Toth hired to re-create those wide and plush Pan Am seats. Even the colors are exact: Super Jet Blue and Galaxy Gold.

The evening begins with cocktail service in the first-class cabin. Afterward, you’re served a five-course gourmet meal with the finest authentic Pan Am china and glassware. Crew members carve the roasts on the cart, serving your meal tableside just as they did 40 years ago.

After dinner, you can view the full breadth of Toth’s collection of airline memorabilia. It’s like a full 1970s flying experience with one big exception: No smoking is allowed (after all, some practices are best left in the past).

Two Pan Am Experience events are scheduled for October, with follow-up shows in November, December, and January (Toth says they’re thinking of adding another date). A first class ticket will run you $297 and a seat in clipper class (i.e., “coach class”) costs $197. While it may seem a waste to spend $300 on an airplane ticket that takes you nowhere, think of it instead as traveling back in time, to experience a special moment in history long gone but still remembered — and now, thanks to Anthony Toth, memorialized.

“For me, it’s about preserving the rich American aviation history,” he says. “And this is a way to bring it back to life.”