YAHOO! STYLE — Blast From the Past— My Day as a PanAm Flight Attendant (VIDEO) 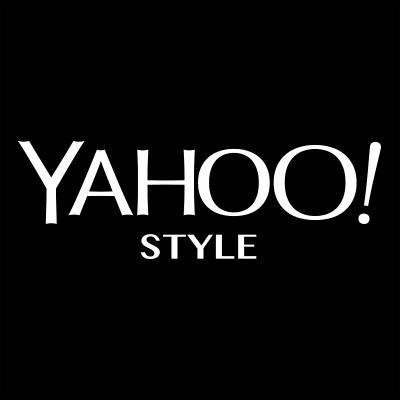 Being a flight attendant in the modern age of cranky passengers and tight quarters is no easy task. But what if you could turn back time to the glory days of flying?

Being a flight attendant in the modern age of cranky passengers and tight quarters is no easy task. But what if you could turn back time to the glory days of flying?

Air Hollywood makes those high-flying dreams come true every other Saturday night. The studio started offering simulated Pan Am flights last fall, and so far, every seat has been taken on a refurbished Boeing 747. The plane is decorated in vintage style, every dish is from the era, the silverware is authentic, and even the uniforms are almost 50 years old.

Former Pan Am flight attendant Barbara Norberg trains all the actresses portraying stewardesses. Standing at just about 5-foot-9, long-limbed Barbara barely came in under the height maximum when she was recruited back in the ’60s (there was an accompanying weight limit too — think Twiggy). Since the passengers were high class, international, and wealthy, she and her colleagues all had college degrees and spoke another language besides English. Not to mention, flying all over the world had great perks, with extended stays in Brazil and South Africa.
“It was really a cool time to be a flight attendant — more fun and less work,” Barbara explains.

She flew with Pan Am for decades before its deficit-driven demise in 1991. The airline was founded in 1927, and its first route was from Key West to Havana. With Charles Lindbergh as a technical advisor, Pan Am offered flights criss-crossing Latin America in the early 20th century. After World War II, the airline made more and more stops around the Pacific and Atlantic Oceans. Pan Am was the first to operate a Boeing 747 in scheduled service in 1970, when Barbara started her career.

During this golden age, aviation enthusiast Anthony Toth took his first Pan Am flight when he was 5 years old. The wonder of the world, the stunning stewardesses like Barbara, enchanted him so much that he ended up collecting airline items well into adulthood. His collection is now a dynamic part of Air Hollywood’s authentic decor.

“It’s like a funhouse for me every Saturday night,” says Anthony, who gets to don a captain’s outfit.

Luckily for me, I also had the wonderful opportunity to play a stewardess for a day.

I squeezed myself into a sky-blue uniform, put on some pantyhose, and arranged my hair in a bun. I even took the time to familiarize myself with standards and procedures — for example, the “clipper dip” means bending only from the knees, not at the hip.

Once dressed, the team ate a crew dinner before “takeoff” for the evening. One of the women, Heather, started working the aisle after she went through the Pan Am Experience with her mother, a former Pan Am stewardess. She also keeps returning to the gig because she’s made some new friends. It’s the kind of bonding you see on TV series, including the short-lived Pan Am.

In the enclosed space, with Frank Sinatra playing through the “lounge” and “cabin,” it’s hard not to feel as if you’ve gone through a time machine. Many of the guests are former employees, some celebrating special occasions while taking selfies. Others are forever aviation geeks, bringing their old Pan Am bags onboard. No matter who you are, this experience allows an opportunity to pretend for a few hours.

I have a background in on-air reporting and voiceover work, so I happily volunteered to make faux announcements over the intercom. After helping to serve champagne, I helped dole out several courses in the upper lounge, from prawns for cocktail hour to a steak entrée carved on a cart to cheese with port, in addition to dessert with more alcohol. Barbara came by to make sure that I used liner on the small trays for coffee. For in-flight entertainment, the other women and I put on a fashion show. Barbara is right — a more relaxed atmosphere with guests who have imbibed makes for an easier flight.

With the restaurant’s rising popularity, Air Hollywood recently extended bookings through the summer and is hoping to develop trips that “take off” from New York City in the near future.
They say you have to walk a mile in someone’s shoes to truly understand an experience. I definitely got a workout going up and down the stairs for cocktail service, and now I have a better idea of why stewardesses were held in such high regard during the glory days of flying.

It was a delight to be in such great company on a flight deck without any turbulence.