TRAVEL WEEKLY — Pan Am Experience: A night out in a 747 from aviation’s golden age 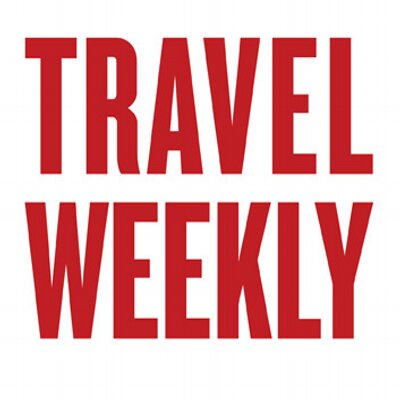 It’s just past 6:30 on a Saturday evening in Pacoima, Calif., in February, and a well-heeled crowd of approximately 60 people has gathered in an unsightly warehouse district in this San Fernando Valley town, 25 miles northwest of downtown Los Angeles, for a most unique dining experience.

Jim Atwood, a recreational pilot and the chairman of the Wine & Food Society of Oregon, has traveled here from Portland with his wife, Dana.

Rob Ekern of Phoenix has come with his date, Barb Cecrle, who lives in Tucson.

Drake Bell lives locally, in the community of Silver Lake, and he’s arrived dudded in a garish blue suit that could only have come from the 1970s.

“I like retro,” says Bell, who a decade ago was one of the stars of the hit Nickelodeon sitcom “Drake & Josh.”

They and five dozen other attendees have descended upon this unlikely spot to turn back the clock to the golden age of flying, when a trip on an airplane was glamorous and flight attendants were called stewardesses.

Loosened up with drink, they walk up a ramp, present their faux tickets to one of the uniformly beautiful flight attendants, then find their seats in one of three cabin classes, where they’ll spend the next four hours indulging in a five-course meal on a mocked-up Boeing 747 retrofitted to replicate a 1970s Pan American Airways interior.

The Pan Am Experience, as this event is called, is a 2-year-old creation of Talaat Captan, owner of the film studio Air Hollywood, and Anthony Toth, avid collector of all things related to 1970s commercial aviation, especially Pan Am memorabilia.

Air Hollywood has served as the studio for countless commercial, television and movie scenes set on airplanes and in airports, including 2011’s “Bridesmaids” and 2013’s “The Wolf of Wall Street” with Leonardo DiCaprio.

The collaboration came about after Captan took his first look at Toth’s enormous collection.

“I said, ‘You’re selfish, keeping this all to yourself,'” Captan recalls.

Toth moved one of his prize possessions, the front third of a Boeing 747, to Air Hollywood, where it serves as the venue for the Pan Am Experience. But that’s not all he moved. The aircraft itself is outfitted with original Pan Am seats, table settings and serving carts, all from Toth’s collection.

Stewardesses, hired via a casting call, wear original Pan Am uniforms, courtesy of Toth. Fliers can even choose among a selection of original 1970s magazines. (When John Travolta held his birthday party at the Pan Am Experience in February, he spotted a cover about a new Hollywood sensation named John Travolta.)

On the evening I attended the Pan Am Experience, two former Pan Am stewardesses were among the patrons — or fliers, if you will. Cecrle flew with the airline from 1969 to 1976, calling those years the best of her life. She showed up wearing the wings pin she wore during her years in the sky.

Also sitting in the mocked-up first class section was Maureen Taylor, a Pasadena resident who worked the Pan Am aisles between 1964 and 1966.

On this night, though, Cecrle and Taylor needed only to eat, drink and enjoy the show.

The “flight” began with safety instructions, issued with a combination of respectful reverence and humor. The five-course meal, designed from actual Pan Am menus, was served with real silverware and on real china.

Choices included three entrees but most everyone went with the chateaubriand. A fourth course of cheese, fruit and port wine left me almost too full for dessert. But the chocolate cake was so light and tasty that I couldn’t stop myself from finishing it.

“Fliers” sitting on the second level of the 747, in what would have been the lounge on a Pan Am flight, also enjoyed a caviar course.

Just as the planes were configured in the 1970s, there was a lot more space between the seats on this one than one would find now. The business (Clipper) class, where I sat featured a trainlike setup: two and two facing each other, with a table in between.

For entertainment, the stewardesses doubled as fashion models, parading the aisles in various iterations of the Pan Am uniforms. The “in-flight” movie was “Airplane!”

Captan says that while he has never advertised the Pan Am Experience, it nonetheless fills up every time it’s held, which is every two weeks, at the starting price of $490 a pair.

“After two years, we have tried so many things that you are looking at the perfect experience of Pan Am,” he said.