THE TELEGRAPH — Always wanted to fly Pan Am? Now you can…sort of 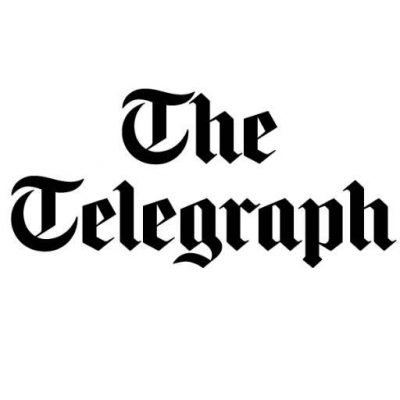 Flying wasn’t always the knee-defending, elbow-sparring, sad parade of casual attire it is today. Once there were spacious lounges, reclining chairs and meals served on real china.

Fans of the period will be delighted that the vintage allure of the airline has been encapsulated at the largest airline mock-up studio in the world.

Air Hollywood (airhollywood.com/panam) has built a replica of the interiors of one of Pam Am’s jets in impressive detail, and now offers a unique simulated dining experience ” on board” the airline’s Boeing 747.

More or less the price of an actual plane ticket, your four-hour fantasy will cost you, in the lower deck of business class, £121 per person. If you want to dine in the upper deck, and go up the famous spiral staircase, be prepared to pay around £182.

Once welcomed to the roomy aircraft by stewardesses in light-blue Pan Am uniforms, guests will be treated to cocktails, legendarily free-flowing aboard all Pan Am flights, and then served a four-course meal from original trolleys on vintage Pan Am china. The menu will include shrimp and lump crabmeat cocktails, chateaubriand, roast chicken and a vegetarian pasta.

After dinner, the classic fruit and cheese trolley will roll through with thick liqueurs and coffee at your disposal. In both classes, you will be able to enjoy some classic 70′s movies playing from the overhead projection system.

But none of this would be possible without Anthony Toth, an American Airlines sales executive and the proud owner of the largest collection of Pan Am memorabilia in the world.

Toth once reconstructed the inside of a Pan Am aircraft in his garage, so he could party the night away like it was 1973, the year he took his first flight aboard Pan Am, aged five. His obsession saw him featured in the international press and now, after moving from garages to warehouses, his dream has found a steadier home at the Air Hollywood studios, in LA.

The nostalgic experience is as likely to thrill the people who travelled with Pan Am as it is a much younger crowd, smitten by the intrigue and fleeting love affairs portrayed in Jack Orman’s ABC series Pan Am, abruptly cancelled after only one season but popular enough to get millions of viewers, especially in Europe, keen to remember the old days.

It probably won’t be the same as effectively leaving the ground on board a Pan Am flight, but at least for a few hours, visitors can step back in time and experience a first-class dining experience from the glamorous glory days of air travel.

At the end of the “flight”, ticket holders can visit Toth’s collection of Pan Am memorabilia and shop for licensed merchandise, as well as explore other film sets at Air Hollywood studios.

Pan Am was the United States’ principal air carrier for the largest part of the 20th century, until it collapsed in 1991, setting the standard for most of the aviation industry. Such attentive service, superior food and sleek interiors were not the norm before Pan Am, but the airline is also credited with more “technical” innovations such as introducing a computerised flight-reservation system.

If you were thinking about flying to LA for the Pan Am Experience, be warned: all their fortnightly dinners are sold out until December 13 – and even for this extra date there are not a lot of tickets left.

Pan Am expects its passengers to dress accordingly.