STUFF.CO — The 16 things air travellers could once do that would be unthinkable today 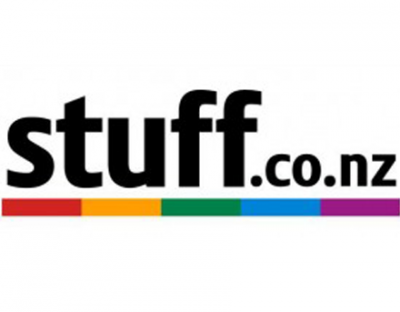 With US and UK authorities announcing a ban on iPads and other large electronic devices on flights to the Middle East, we recall what else was once permitted at 35,000 feet.

Ah, the golden age of flying. When air hostesses were glamorous, passengers were both dashing and polite, and fliers could enjoy an unfiltered cigarette with their G&T. Given that smoking is now banned in just about every public place in Britain, and the terror fears that grip the aviation industry today, it seems mad that air passengers were permitted to light up a Lucky Strike in the sky as recently as the 1990s.

“Having a smoking section in the plane was like having a ‘peeing section’ in a pool,” quipped Quora forum user Robert Moutal earlier this year. “It was a horrible, horrible experience because there was no escaping the smell.”

Although planes were divided into smoking and non-smoking sections, the cigarette stench permeated the cabin.

“The whole place reeked of smoke. You’d get off and all your clothes would smell like smoke,” said frequent flier Colin Teubner.

“I once sat on the smoking section of a flight to Tel Aviv and many times during the 10+ hour journey I was asked to get up and ‘lend’ my seat to passengers who wished to smoke,” added Moutal.

Ask for a third red wine these days, even on a long-haul flight, and chances are you’ll have your card marked by the cabin crew. The rise of in-flight misbehaviour means anything other than “moderate” drinking raises eyebrows, but it wasn’t always thus.

“There was a time – before low-cost airlines – when drinks were free and handed out liberally on all flights, along with a complimentary meal,” recalls Telegraph Travel’s Nick Trend, wistfully. “Beer, spirits or wine as an aperitif at any time of day, more wine with the meal, then more postprandial spirits if required. For some reason there was never a problem with air rage caused by excessive consumption – those who over indulged simply fell into a deep slumber for the rest of the journey.”

The requirements for flight attendants back in the Sixties would have feminists wincing today. For BOAC, they had to be single, between the ages of 21 and 27, and with a “neatly proportioned figure” and “pleasing appearance”. Furthermore, they could only join for a maximum of 10 years.

US carriers during that period had similarly stringent requirements. In 1966, a New York Times classified ad for stewardesses at Eastern Airlines listed these requirements: “A high school graduate, single (widows and divorcees with no children considered), 20 years of age (girls 19 1/2 may apply for future consideration). 5’2″ but no more than 5’9″, weight 105 to 135 in proportion to height.”

Today, height requirements remain (for practical reasons cabin crew must be between 5’2″ and 6’1″) but now married women of any age may apply.

The cheap flight revolution was great, and air travel has never been more affordable. But the success of Ryanair, easyJet and co. has forced traditional carriers to adopt their tactics to survive. That means forcing passengers to pay for grub. The recent decision by British Airways to scrap free food on all short-haul flights was met with disbelief – and this week it emerged that first class travellers are also losing their perks.

Check out the extensive menu from a BOAC flight from Sydney to London. Passengers completing the entire journey will have eaten half the farmyard by the time they reached London, having been served lamb, turkey, beef, ox tongue, chicken and ham – not to mention three rounds of cheese and biscuits.

6. Nose around the cockpit

7. Watch a film (at the same time as everyone else)

Remember when everyone watched the same film (Cool Runnings, perhaps) on screens that descended from the aircraft ceiling? The whole plane laughed as one when Sanka kissed his lucky egg. That camaraderie has been ditched in favour of “movies on demand”. What a pity.

8. Put a great big bottle of shampoo into your hand luggage

The 100ml limit on liquids, introduced in 2006, has benefitted no-one except airport shops who charge an arm and a leg for teeny travel-sized tubs of hair gel and shaving foam.

9. Carry toiletries in a proper bag

And not a flimsy little plastic bag that some airports even charge for.

10. Have a family dinner

With a well-behaved child.

11. Watch a chef serve food in his toque

12. Or a stewardess carve chunks off a giant leg of ham

A carving fork would never be permitted today!

There’s a growing trend in favour of aircraft seats that don’t recline. Or else the person behind you might whip out his “Knee Defender” device.

You know, for whittling.

15. Turn up less than an hour before their flight

Time was that passengers could arrive, quaff some champagne and caviar, swat aside an official with their hardback blue British passport, and then stroll across the tarmac to their plane. Now check-in desks close an hour before take-off due to the rigmarole of getting through security.

16. Get served a Love Potion by a stewardess in hotpants

Courtesy of Southwest Airlines, circa 1971.