LA WEEKLY — Want to Go Back in Time and Fly First Class in a Pan Am 747? Now You Can 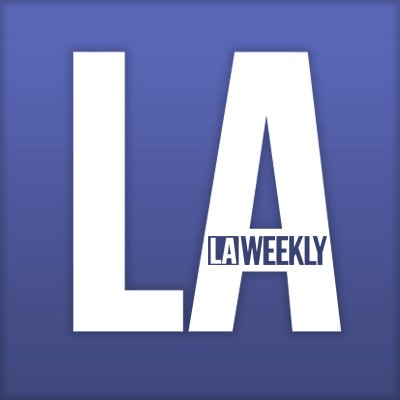 On Saturday, for the first time in decades, Rick Collins put on his Pan Am captain’s uniform with four gold epaulettes on the shoulders and boarded one of his airline’s Boeing 747s.

The jacket was a bit snug but Collins hardly minded, given the evening’s nostalgia factor. Collins met his wife, a Pan Am flight attendant, on a 747 flight from New York to Los Angeles. Back in 1988, he was trying to be helpful, stowing a stroller for a passenger. “She was a little annoyed a rookie pilot would take her closet,” he said. “I was like, ‘Oh my gosh, I pissed her off.’?” Chagrined, he left for the plane’s upper deck, when she grabbed him. “You’re not going anywhere.”

Rick and Jane Collins re-created the scene Saturday — she squealed, “It happened right here!”— on what’s best described as the world’s most detailed airplane movie set.

They and about 15 others paid $197 apiece, plus fees, to spend four hours in first class on this fake Pan Am 747 — 18 plush, red and blue seats arranged in the aircraft’s nose. Another dozen people paid an extra $100 to dine in the swanky upper-deck lounge, with its orange and yellow, 1970s-era chairs and light wood tables. Men wore jackets and ties and actresses wearing vintage uniforms served a multicourse dinner to a soundtrack heavy on Frank Sinatra.

This was the Pan Am Experience, the third in a series of for-profit dinner parties hosted by Air Hollywood, a Pacoima company specializing in airplane sets for television and movie shoots. The model is the brainchild of Anthony Toth, an obsessed airline-memorabilia collector, who began what would become his life’s work in the mid-1980s when he loaded up his Honda Civic night after night with Pan Am ephemera — seats, carts, coffee makers, cocktail napkins, silverware and china — all taken from a Chicago-area warehouse filled with out-of-service airline stuff.

The collection was mostly a hobby until a couple of years ago, when Toth, who lives in Redondo Beach and works in sales for a major airline, hired a contractor and rented warehouse space in the City of Industry. There, using real airplane parts, he built a good chunk of a Pan Am 747 – first class, the upper deck and a small, premium-economy section called Clipper Class.

He would host private dinner parties, coaxing former Pan Am flight attendants into putting on their old uniforms and serving. He told everyone he built the model only because he loved flying Pan Am as a kid.

Monetizing the operation came next, with Toth striking a deal with Air Hollywood and moving the mockup to Pacoima over the summer, on five semi-trucks. Air Hollywood will host about a dozen dinners and at least one bar mitzvah between October and March, though Toth’s zeal for accuracy takes a bite out of profits. “He will cry if we don’t do something right,” says producer Talaat Captan, Air Hollywood’s founder and CEO. “When I do something incorrectly, he shows me a picture and says, ‘This is not the way it was done.’?”

On Saturday, Toth donned a captain’s uniform and preferred not to break character. Using airline parlance, he referred to the dinner as a “trip” and called his servers “crew members.” He periodically used the public address system to update passengers on the flight and assigned flight attendants to present a remarkably thorough safety briefing, complete with seatbelt and lifejacket demonstrations.

When the Collinses arrived at around 6:30 p.m., they entered the Air Hollywood building below a sign reading “First & Clipper Class Terminal.” They checked in at a Pan Am desk complete with a vintage computer terminal, Pan Am branded rotary phone and carbon-copy credit card machine.

“Where are you flying tonight?” asked Julie Fisher, a graphic designer and Toth’s longtime friend. Fisher designed the boarding passes, ticket jackets and menus, pushed by Toth to make each as realistic as possible, down to the paper quality. She wore a real ’70s-era agent uniform, a dark polyester suit with a multicolored scarf. “At least it’s comfortable,” she said.

At 7 p.m. Fisher announced boarding for Flight 120: “In order to expedite the boarding process, we kindly ask you to have your boarding pass ready.” At the aircraft door — a real one from a retired aircraft — Rachel Scorpio greeted passengers. A perky 23-year-old actress from Pasadena, Scorpio responded to an ad on Craigslist for a “Mad Men–like” opportunity. “I liken it to a play,” Scorpio said. “I feel like we’re putting on a show.”

Jane Collins stepped on board. She saw the first-class staircase, the galley complete with Pan Am drink carts and a coffee maker, the fresh flowers, the racks stacked with 40-year-old magazines. She peeked left at first class and right at the powder-blue seats of Clipper Class. Tears welled in her eyes. “He hasn’t missed a thing.” She carried photographs from a 1984 trip she took with her father. The first-class cabin looked identical.

Scorpio and the other actresses passed out menus and almonds, took drink orders — martinis, Tom Collins and Manhattans were especially popular — and set each tray table with silverware, a white tablecloth and a red rose. They came by with bread, placing the butter on the tray as a former Pan Am flight attendant had trained them.

An hour later, after a slight snafu with the ovens, flight attendants returned with a cart, carving chateaubriand seatside and serving it with potatoes and carrots — all sourced from Flying Food Group, a real airline caterer. Meanwhile, the crew ate economy-class meals served on tiny trays. “This is absurd,” said bartender John Wayne Haynes as he stared at his plastic-wrapped dessert budino. “But in a good way.”

After the cheese and dessert courses, Jane Collins popped up and walked to the first-class bar, grabbing two empty glasses. She turned them on their sides and crossed their stems, then looked toward her husband and laughed. “Remember we used to do this with the wine glasses?”

A few minutes later, at around 10:30 p.m., Toth announced the plane would land soon. Flight attendants walked through the aisles saying, “Thank you for flying with us tonight” and offering chocolates to passengers.

Jane Collins gasped. “Oh my God! We used to do that!”