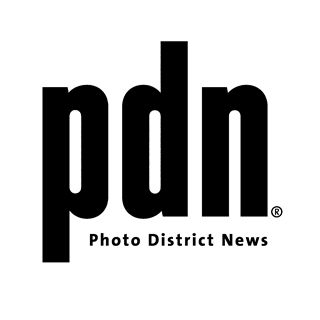 Imagine a different sort of L.A. Let’s say the weather wasn’t perfect. Pretend the light wasn’t all that magical. Picture a town without a film industry paving an infrastructure of unparalleled shooting accessibility. L.A. would still be a photographer’s paradise for its jaw-dropping variety of exotic locations in close proximity to each other.

We’re not talking the obvious sunset beaches of Herb Ritts’s Armani campaigns and the desolate freeways of Alexei Hay’s Gucci ads. We’re talking Star Trek-like moonscapes, Italianate mansions and snowcapped mountains all within a few hours from each other. It goes without saying that you can find Western ranches, modernist houses and palm trees galore out here. But who would have expected a New England-style lighthouse with no crappy weather? A New York block with no rude people? And an airport with no noise or security hindrances?

“There are so many great locations yet to be discovered in L.A.,” says fashion photographer Ian White. Indeed, despite the onslaught of photo and film production in southern California, there remain hundreds of unexploited location gems. “The celebrity photographers who are based here can’t always get the stars to go the extra mile to these places,” explains White, “and the top fashion photographers based in New York don’t know about them.” Here are some of those underused spots.

Architectural preservationists wept when this luxurious Art Deco department store closed in 1993. But when the Southwestern University of Law bought it, the school undertook a massive restoration and has since rented it out on a very limited basis. The New York Times’s “Fashions of The Times” magazine used it for a spread last April, and commercials have been filmed here for Taco Bell, SmithBarney and Nicor (an energy company). But continued restoration means new rooms are becoming available.

Film producer Talaat Captan had a rotten experience in 1997 when he was set to shoot a scene at LAX and the FAA pulled his permit the day before. He vowed to build his own faux airport in the Valley, and last year he did just that. And not just any faux airport: Air Hollywood is a 30,000-foot set with check-in areas, tarmacs, airplane exterior and interiors, and something you can’t shoot in a real airport–security areas. Used mainly for film productions (which are now barred from most parts of L.A.-area airports), Air Hollywood is trying to accommodate more still photography by bringing in amenities such as lighting packages and hair and makeup areas.