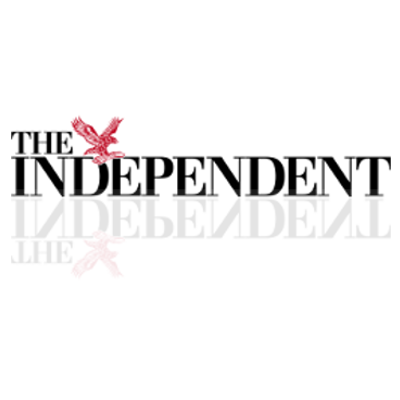 Tim Walker checks in and checks out a four-hour journey with a difference.

The flight is on time, the seats are capacious, the drinks are free and plentiful. The stewardesses are beautiful and beautifully dressed. The in-flight meal is a perfectly pink-centred chateaubriand. This probably doesn’t sound like any commercial flight you’ve ever been on – or, at least, not in the past 35 years. That’s because the Pan Am Experience is a first-class trip to the 1970s.

Yes, nostalgia is in the air – or rather, on the ground – at Air Hollywood, a studio in Los Angeles that specialises in aircraft sets. This is where the famous in-flight scenes from Bridesmaids, The Wolf of Wall Street and the television show Lost were all shot. But it’s also home to a meticulously recreated Pan Am 747 first-class cabin from the golden age of commercial aviation, which attracts passengers willing to pay as much as $345 (£225) each for a four-hour “flight” that never leaves the hangar.

The journey back in time includes a trivia quiz about the history of the celebrated airline, a fashion show featuring Pan Am stewardess uniforms of the era – and, of course, a delicious three-course meal. There are no in-flight movies, but then nor is there any turbulence.

The Pan Am Experience began as the personal obsession of “Captain” Anthony Toth. Now 48, Toth first flew on a Pan Am 747 from New York to Switzerland in the plane’s debut year, 1971, when he was just five years old. “That moment changed my life for ever,” he says.

“I became obsessed with aviation and started collecting timetables, luggage tags, in-flight magazines. What I loved about the 1970s was that when you walked on board a Pan Am 747, you knew it was Pan Am: the carpeted walls, the seat fabric, the uniforms – everything on the plane was so well branded. The same with TWA or British Airways. Today you could walk on to five different planes at LAX, and you wouldn’t know the difference.”

Toth now works as an executive for a major US airline, but he also runs his own prop studio, providing authentic accessories to films and television shows including Mad Men. Several years ago, he decided to build a perfectly detailed life-size replica of the Pan Am cabin he’d adored as a boy. When Talaat Captan, the chief executive of Air Hollywood, got wind of it, he invited Toth to bring his personal project to the public. Last year, the Pan Am Experience took its maiden flight.

Pan Am was founded in 1927, but reached its peak in the jet age, when it was the first airline to order Boeing’s initial jet airliner, the 707, and then was the launch customer for the 747, operating the iconic jumbo’s first commercial flight, from JFK to Heathrow in 1970. “They’ve been bankrupt for 25 years, but that blue ball logo still resonates,” Toth says. “Even when a Pan Am flight landed in a remote country in Africa, everyone associated it with luxury air travel. It’s such a powerful brand.”

The clientele who come to Air Hollywood to relive that golden age have a mixture of motivations. Some have flown on real planes from as far away as Canada and Australia to spend four hours on this fake one. Many are aviation enthusiasts, or flew on the airline in its heyday. Captan estimates that up to half of Pan Am Experience passengers are from the gay community, and perhaps 25 per cent are former Pan Am employees.

Barbara Norberg worked as a Pan Am stewardess for 20 years until the company’s bankruptcy in 1991; now, she provides expert commentary for passengers on each pretend flight. While she worked for the company in the early 1970s – the years before discrimination legislation – she wasn’t allowed to be married or have children, and the airline enforced a maximum weight limit for its stewardesses.

But working for Pan Am also brought a certain prestige. “The airline didn’t have any domestic routes, so people knew that if you worked for Pan Am you had a college degree, spoke at least two languages, and were a world traveller,” Norberg says.

Today, she adds, flying has lost its lustre for both passengers and staff. “You couldn’t pay me enough to do it now! I tip my hat to [cabin crews] today because they have to put up with so much more than we did. If a passenger was unhappy for any reason, we would make sure they left the aeroplane with a nice bottle of French champagne. Nowadays, it’s an extra bag of peanuts.”

There were no microwaves on board in Norberg’s day, and she says she still bears scars from burning herself on the hot ovens. Needless to say, the Pan Am Experience has been reheated with far more love and attention than any in-flight meal you’ll eat in 2015.