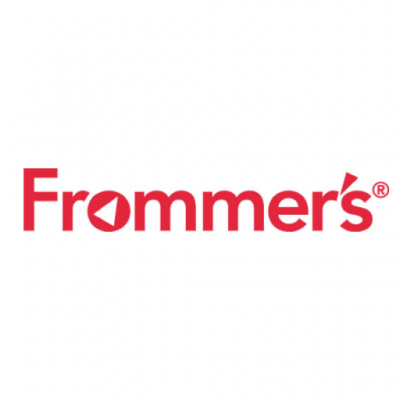 Five miles north of the major Hollywood studios, in an industrial area of not-at-all-scenic Pacoima, California, Pan Am is flying again.
You’ve been here before—or at least, you’ve seen it many times. Air Hollywood is where the entertainment industry films airline scenes. Here, in a nondescript suite of warehouses, jet cabins of every era and style have been rescued from jet junkyards in the desert, assembled on sound stages, wired for lights and cool air, and are again ready for action. Hundreds of major movie or TV productions involving in-flight drama have recorded here, from Bridesmaids to The Wolf of Wall Street to, yes, Snakes on a Plane. And by night, one of those movie sets—the actual front end interior of a Pan Am 747 Series 200—welcomes travelers again on the Pan Am Experience, a splashy dinner tailored to travel nostalgists and fans of camp.

The Pan Am Experience is a lavish airplane-set dinner party that serves to remind you how sumptuous the high life was nearly a half century ago. The decor is circa 1973, the cabin is double-decker, the crew solicitous instead of surly. Dinner is served on actual vintage Pan Am china with original cutlery stamped with that trademark globe. The stewardesses, decked out in almost-periwinkle polyester, flirt and giggle and keep the top-shelf liquor flowing. Most jarring of all, every seat leaves plenty of room to cross your legs and still leave room for a steward to refill your champagne flute. Most passengers never put on their seat belts once. And there’s an open bar.
This is the departure lounge, full of genuine aviation memorabilia, where seating is from old jets and the bar is fashioned out of an old engine casing.
You’re not traveling anywhere except into the past, but that’s journey enough, because your hosts are so instructive as guides. They’re devoted airplane geeks—after all, they assembled an incredible inventory of aircraft interiors that Hollywood loves to hire and you’ve loved to watch—so they mount this special-occasion evening by meticulously re-creating every detail of the best portions of a Pan Am fight, down to the menus, coasters, and bespoke swizzle sticks.
Pan Am stopped flying at the end of 1991, but its appeal has proved to be timeless. Whenever modern flyers feel brutalized by the tiny seats and numbing gruffness of our trio of monolithic carriers, imaginations hark to the glory days of flying, when meals were gourmet, cabins palatial, and to be a stewardess (the more respectful term “flight attendant” was still years away) was to hold a passport to the most glamorous job in the world.
The four-hour Pan Am Experience winks at all that has been lost in international travel. The one thing that they can’t legally re-create is 1973’s in-flight smoking. Instead, the crew—many of them moonlighting actors who clearly love the gaiety of pretending to be jet-setting hosts and hostesses—joyfully distributes dummy cigarettes so passengers will have something to pretend to tap into armrest ashtrays.
In between courses—the tenderloin, it must be said, arrives steaming and perfectly cooked, as it never has on any aircraft since—stewardesses vamp up and down the aisle modeling the shifting fashions that female crew wore throughout Pan Am’s glam middle history. The uniforms are original or they’re such perfect re-creations that even industry veterans have been fooled.
There is no economy class here. This cabin ends at the curtain that usually disguises the steerage seats. Instead, there are cushy recliners in the Upper Deck (pictured), in Main Cabin (First Class), and at the proper dining tables of Clipper Class, which, if you know your airline history, was the first version of business class to be created by a major airline.
Consider it Medieval Times for grown-ups: a delicious “dinnertainment” evening of silly pretending. Only here, it’s luxurious, nostalgic, and you don’t smell horses. The fantasy is paused only for a short video from your “captain” explaining the provenance of the aircraft itself, which flew under two carriers and then sat parked in the desert for a decade before its interior was re-assembled here for Hollywood’s use. Fabrics, wall coverings, and carpeting were re-created from photographs. This is no lazy fake job—the people who run it are airline nuts and, as such, are sticklers for accuracy. And you will never, ever see anyone mount a similar show in the future to celebrate the cattle cars that we call Delta and United.
Air Hollywood isn’t only about entertainment: When these retired planes aren’t being used for shoots or dinners, they become settings for trial runs for kids with autism so that they’ll know what to expect when they go to the airport. That program is called Open Sky for Autism, and it books separately.
This event evening has been running since late 2014—sometimes once a week, sometimes once a month—and it’s been popular. Too popular, maybe, because guests keep pocketing the Pan Am-stamped silverware as souvenirs and the owners have had to buy more from collectors. Prices are kept relatively high by demand: They start at $195, as much as an actual Pan Am flight (on some nights, seats in the Upper Deck are only sold in pairs), but the food is top-flight, with both dessert and a cheese plate, and the liquor is free and nonstop, which may be why my flying companion said it was the most fun he’d had in five years.
Pan American World Airways, we’re sorry. We didn’t show enough appreciation while we had you. Hopefully this makes up for it.
For a schedule of upcoming “flights,” go to www.PanAmExperience.com.