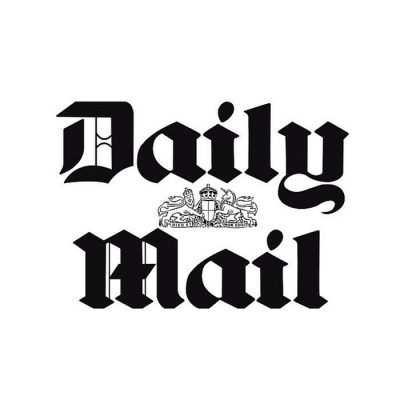 Security checks and bumpy air are all in a day’s training at a Hollywood film studio to prepare your dog for a safe and calm flight.

The Air Hollywood class is billed as the first in a real fuselage on a sound stage with a simulator that mimics takeoff, turbulence and landing.

Hollywood extras create crowds and chaos that come with terminals, luggage carts and the blare announcing arrivals, delays and departures.

The idea was the brainchild of Talaat Captan, president and CEO of Air Hollywood, the world’s largest aviation-themed film studio, who noticed a dog owner having a rough go getting a pooch through airport security.

‘The owner was stressed out and the dog was freaking out,’ Captan said. ‘I figured, ‘Why don’t I train those people?’

He hired his friend and former actress, Megan Blake, to write a program and teach the class with three other instructors and her dog Super Smiley.

An animal trainer and lifestyle coach, Blake also has a psychology degree from Georgia State University.

There are no numbers on how many pets are taking to the skies, but they have become essential parts of a growing number of families and traveling with them for work and play is becoming more common, said Kim Cunningham, a spokesman for the International Pet and Animal Transportation Association in Texas.

It will vary by airline, but there’s always a fee for cabin pets – those under 20 pounds that have to stay in carriers under the seat during a flight.

Workings dogs or trained service animals (most airlines also allow psychiatric and emotional support animals, too) fly free, but owners must give the airline documentation and advance notice.

The animals sit at their owner’s feet during flights. The class doesn’t address cargo pets.

The class is using the same studio where parts of Bridesmaids, Kill Bill and 500 other movies were made. Television scenes from NCIS, Modern Family and The Newsroom have also been filmed there.

Last year, Air Hollywood conducted a test class with 60 puppies from Guide Dogs for the Blind.

‘Some of the handlers were more nervous than the dogs because they don’t like to fly,’ said Rick Wilcox, who oversees puppy-training in Southern California. ‘It was amazing how realistic it was.’

Two things are deliberately absent in the simulated airport: the smell of jet fuel and a change in cabin pressure that makes your ears pop.

Captan opened his studio about six months before Sept. 11. On Sept. 12, the phone started ringing because airports were locked down and movie and television studios couldn’t shoot scenes they needed.

The studio has grown to include everything from a private jet to a 747, as well as props and supplies.

A guide dog takes longer and costs more than any other dog to train because they must be the eyes of their companion.

So it wasn’t surprising ‘that they all went through with flying colors,’ Blake said.

Going through security, none of the dogs balked or barked at the security wands or pat-downs, even if the wands set off alarms because of their leashes.

The dogs sat at their handlers’ feet in the cabin during the simulated flight, which came with engine sounds, the captain speaking, cabin lights being dimmed, overhead bins being shut and warm-up vibrations, Wilcox said.

If there was any nervousness, it was during the simulated takeoff, landing or turbulence.

When a dog gets nervous, it might clamp its jaw, lick its lips or get wide-eyed, Blake said. With the dogs in the test class, petting was enough to reassure them, she said.

‘If a dog gets nervous, don’t coddle them.’ That’s the same thing we use to raise confident, well-balanced dogs,’ Wilcox said.

The studio is taking reservations for its first paid daylong class on Oct. 19. Classes will be held every month or two and will be open to well-behaved dogs of any age.

Captan and Blake’s collaboration isn’t the first time they’ve worked together on a sound stage. He was the producer and she was an actress in the science-fiction thriller “Digital Man” 18 years ago.