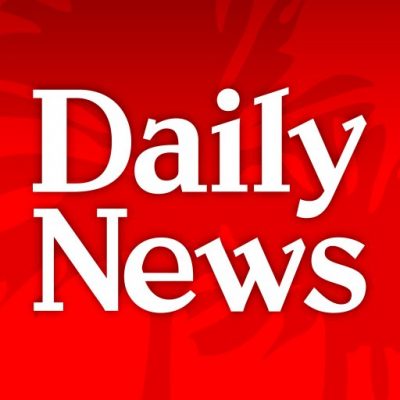 Think of all the movies, TV shows, commercials and such that have scenes inside airplanes and airports. Then think, just a little, about how difficult it must be to light and shoot in a cramped fuselage or control the set at a busy terminal. | More photos of Air Hollywood

That’s why Air Hollywood has done bustling business for more than a decade.

Now occupying a strip of Pacoima warehouse spaces, the company offers the film industry cockpits and passenger sections with removable ceilings and walls, interchangeable seating and even unobstructed toilets, as well as airline props and soundstages that can be dressed as security, check-in, baggage claim and other sections of airports.

Movie scenes filmed there include both the jetway strut and first-class meltdown from “Bridesmaids” and much of “Red Eye’s” in-flight terror. Air Hollywood has hosted elements of “Lost’s” memorable TV plane crash, a Pitbull music video, those Foster Farms chicken imposters getting wanded at airport security … and that’s barely the tip of the stabilizer.

“To this day, we’ve probably done about 500 movies and hundreds and hundreds of commercials, TV shows and music videos,” said the operation’s founder and CEO, Talaat Captan.

Some of which, in a reversal of the depressing trend, draw productions from outside the state to the north San Fernando Valley, if only for a day or two to shoot their aviation footage.

“It was specifically because of Air Hollywood that we came to Los Angeles, because they’ve designed these airplane mock-ups,” said Stuart Hart, an executive producer for a New York advertising company who was honchoing a campaign for a Midwest pharmaceutical company last week. “I had not worked there before. They’re pretty well-known in the film industry, and I would definitely go back to Air Hollywood if I need a plane.”

The establishment’s reach goes much further than that.

“We have dealings in China, Japan, Thailand, Europe,” explained Captan, who also transports plane sets and props to studios throughout town and locations around the continent and Pacific Rim.

“It comes from everywhere – but we are Air Hollywood, so it’s kind of a unique name.”

For example, Japanese director Takashi Shimizu (“The Grudge” films) shot much of his upcoming feature “7500” – about a trans-oceanic flight that encounters supernatural forces – on Air Hollywood’s turbulence simulator.

“We literally built an entire 747 and we put hydraulics and air bags underneath,” explained Captan, whose operation combines about 90 percent genuine airplane and airport materials with custom parts made at an onsite fabrication mill. “We literally shook that plane like there was no tomorrow. From that point, we’ve provided that turbulence service. We did it for HBO’s `Newsroom’.”

With its capability to replicate numerous airline and private jet interiors, Air Hollywood is also, of course, a valued resource for local film professionals.

“The biggest asset is being able to shoot all of the action inside a plane,” explained veteran location manager Tony Salome, who has booked two episodes of “NCIS: Los Angeles,” into the Pacoima site. “They offer all of the versatility of filming at a studio and, like at a studio, complete control for scenes involving planes.

“It’s a major convenience to be able to go there and film anything, really, that you need. There are no limitations. When you film at LAX or on a real plane, no matter how real it is, you’re dealing with limitations.”

It was a conflict with LAX in the late 1990s that inspired Captan to start Air Hollywood. A movie producer and international distributor, it cost him a good deal of money when the airport pulled his permit to shoot a feature, “Ground Control,” there the day before production was to commence.

There were several other facilities specializing in plane sets at the time: North Hollywood-based Aero Mock-Ups, still Air Hollywood’s main competition, was established in 1988, and Captan took over his current digs from a smaller flight-filming operation (and still has the beloved satire “Airplane!”‘s cockpit that came with the deal).

Nevertheless, Captan and his partners – who include executive vice president Norm Jones, a former military and commercial pilot – were determined to establish their own base.

Before moving to its current location, Air Hollywood opened for business in San Fernando, not far from Burbank where the Lebanon-born Captan has lived for more than 20 years, in early 2001. On Sept. 12 of that year, their phone did not stop ringing.

“No one was allowed to come near an airport to film,” Captan said of the post-terror attack situation. “And especially after Sept. 11, getting permits or bonds or insurance or security clearance can be hard.”

While he still produces some shows, Captan is focused on expanding Air Hollywood-related businesses.

Apex Stock, a stock footage licensing agency, offers a wide array of aerial and other types of shots from around the world and dating back to the 1940s.

And on slow weekends at Air Hollywood, well, the place goes to the dogs. K9 Flight School, designed to accustom service dogs to the sometimes bumpy world of air travel, is now in session.

“Our first training was about two weeks ago with the Blind Dogs of America,” Captan noted. “We had animal experts come in to give us advice, and we trained about 65 dogs.

“We have speakers in one of our airplanes so we could simulate the sound on a plane, and we also created turbulence with sound effects. That really enables the owner to understand how the dog will behave, and if they do that a couple of times, the dog can get comfortable with the sound and the movement.”

As for people who aren’t comfortable about going up there, a therapist-designed Fear of Flying program is planned to start in October.

“And just so you know, we are the safest airline in the world,” Captan jokingly assures any nervous customers.

For more information, go to www.airhollywood.com.